[BUG] VERY laggy in high speed at a certain point 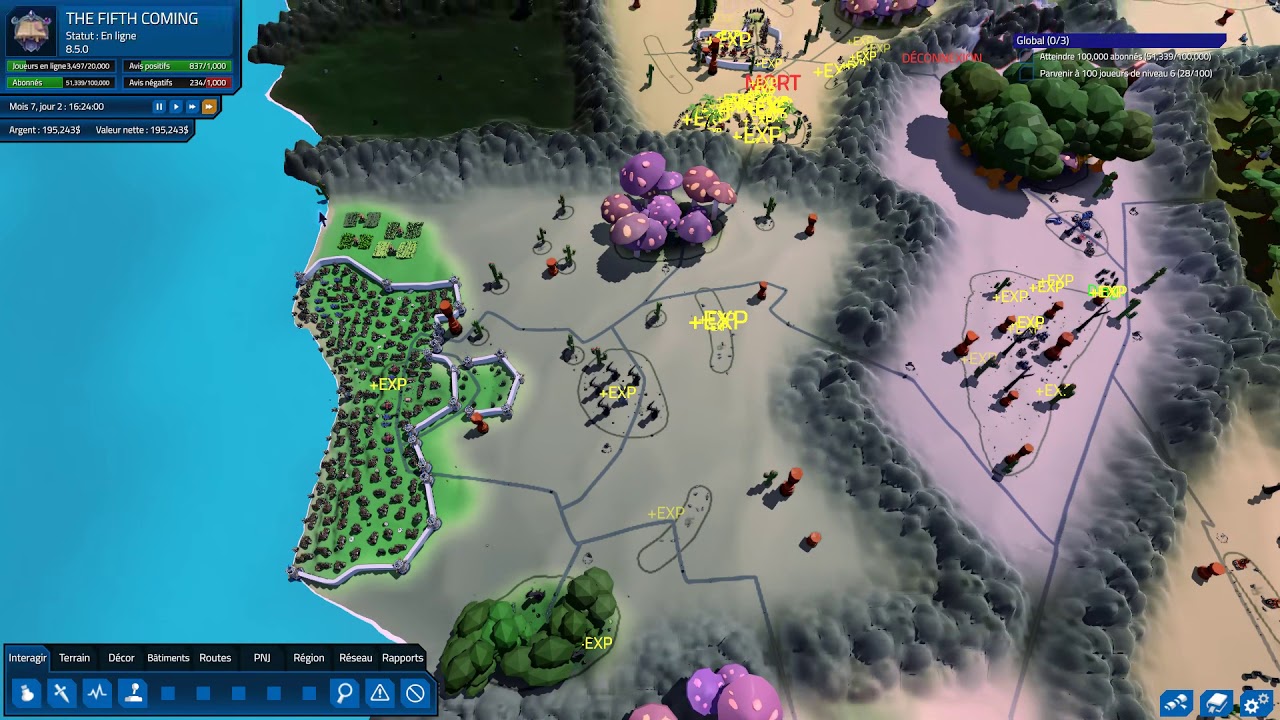 What sort of computer are you running the game on, and what version of the game is it?

Hello I have the same issue. It appears globally after around 2000 players in-game. And it’s getting worse with the players increasing.

The simulation definitely starts being more CPU demanding when it’s run at maximum speed (which is something like 100x normal time) with a lot of players connected at once! Obviously exactly where you’re going to start seeing frame rate loss at high speeds is going to change a lot depending upon your computer hardware and similar. And double-especially if you do world edits while running at a high simulation speed.

I’m definitely still planning on doing some further optimisation passes on the game, but the game is doing a whole lot of simulation work at those high speeds!

I thought I would bump this after I significantly upgraded my computer and still have this same problem.

I have approximately the same number of users online. I went from the following system:

Which would lag out as shown in the video above. I have now the following computer

But I still have the exact performance problems. I would have expected throwing a brand new CPU with faster ram/hard drive would have extended the playability.

Right now, a lot of the game’s performance in large games is determined by the speed of a single core of your CPU. (Currently we only use extra cores for calculating pathfinding, not for running the rest of the game simulation) This can sometimes result in high-core-count CPUs not running as well as you might expect!

I have done some exploratory work toward moving a lot more of the core simulation to run multi-threaded, which has had some exciting speed-ups on multi-core setups, but also isn’t yet 100% stable.

Thanks for your reply!

I submitted an autosave recently with my specs and I think a description of slowness.

Regarding the speed of a single core, that is not uncommon to be sure amongst game devs. I am just surprised that upgrading from a 7 year old CPU to a brand new one, didn’t yield any improvements.

I’ve put this game on the shelf for now pending improvements. I love what you are doing and how active you are, but until I can actually progress in the game (or it ends up getting a massive asset increase) for me there is little to keep me playing.

That said, please do continue! I look forward to seeing where you take the game in the future!

I have an I7 10770 and a Geforce RTX 3090 and this game lags out. Plz optimize it more! we want to reach huge numbers of concurrent players!